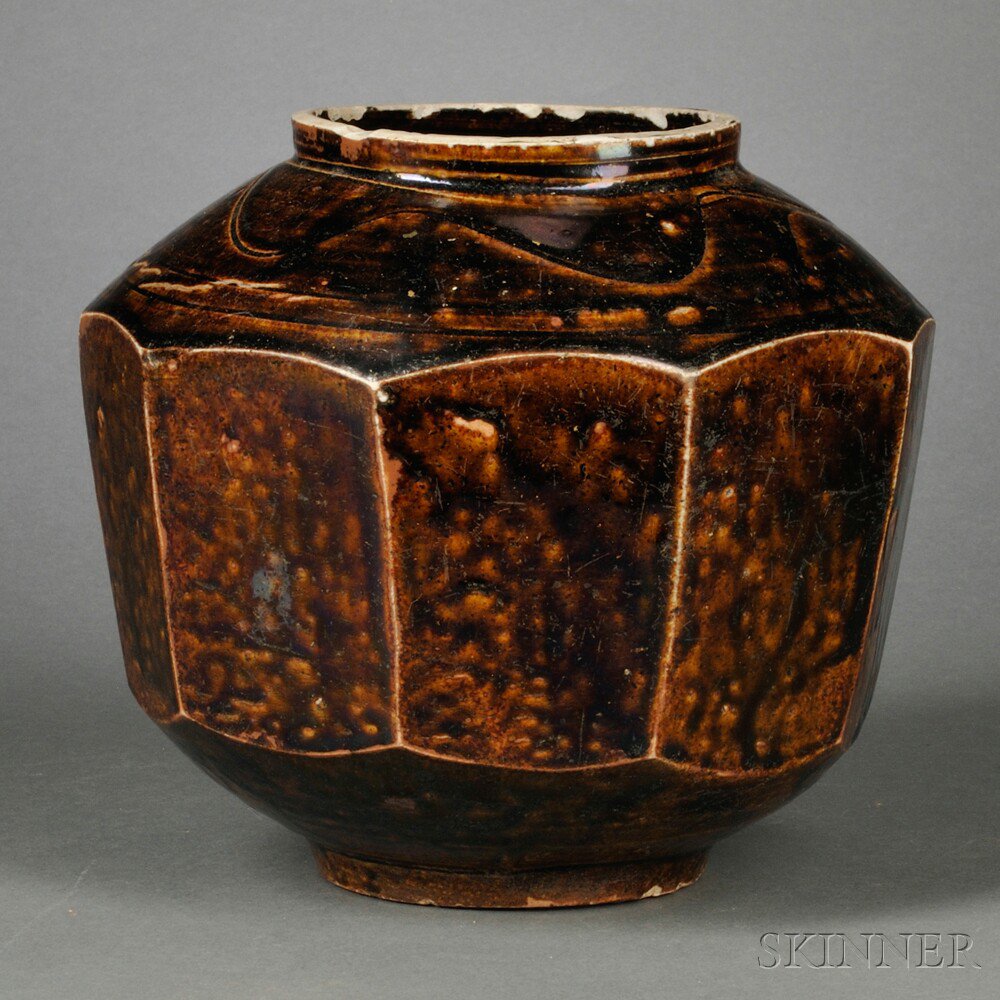 Caramel-glazed Beveled Jar, Korea, 19th/20th century, with a shaved rim, resting on a short foot, decorated with a single-stroke star shape on the shoulder,...