Price guides for CUSTER'S OWN PORTRAIT OF OFFICERS OF THE...

Appraise and find values for
CUSTER'S OWN PORTRAIT OF OFFICERS OF THE... 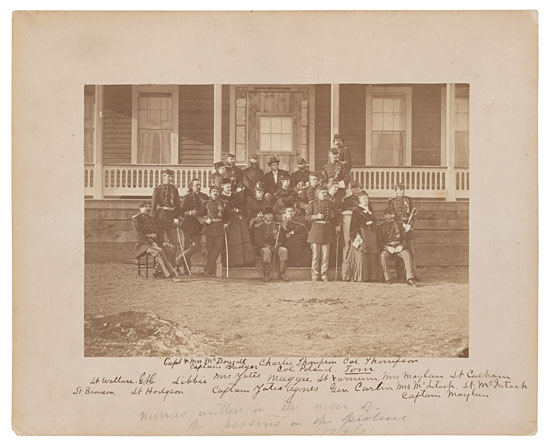 CUSTER'S OWN PORTRAIT OF OFFICERS OF THE SEVENTH CAVALRY CUSTER, GEORGE ARMSTRONG; AND HIS MEN. Photograph Inscribed and Signed, "G.A.C." twice, in ink... [this item is NOT for sale]