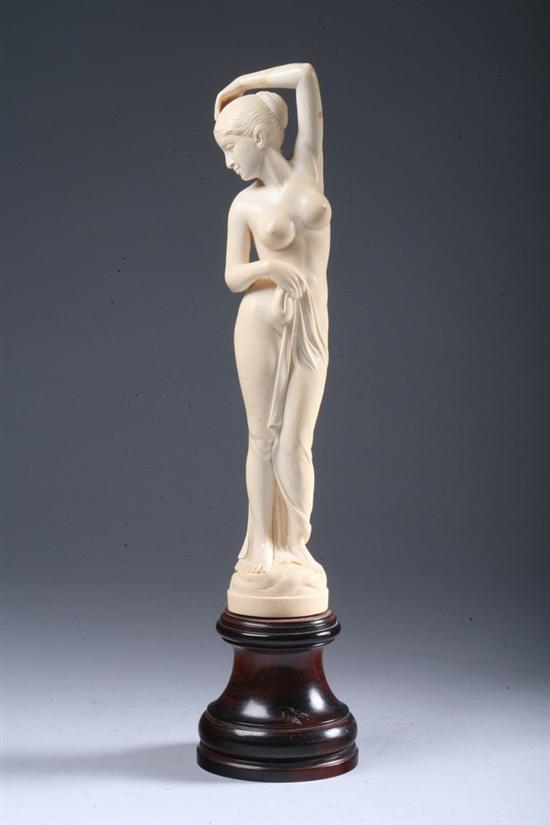 CONTINENTAL CARVED IVORY FIGURE OF NUDE FEMALE. 19th-20th century. On a wood base - 11 1/4 in. high, statue only. PROVENANCE: Private Collection of...