Appraise and find values for
COMMODE,Baroque, South German circa 1740.... 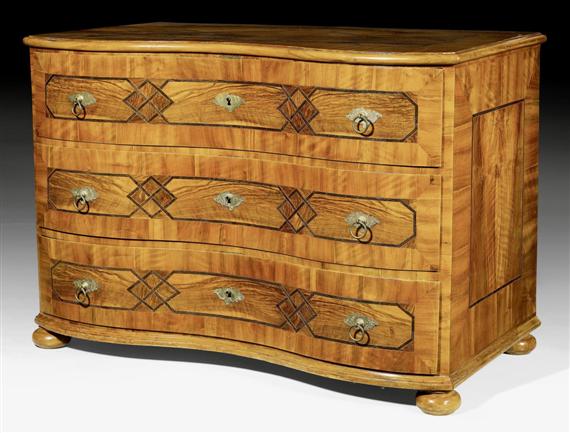 COMMODE,Baroque, South German circa 1740. Walnut and burlwood in veneer inlaid with reserves and fillets. Bronze and brass mounts. 128x70x88 cm....