Price guides for COMMEMORATIVE: A PAIR OF STAFFORDSHIRE FIGURES,...

Appraise and find values for
COMMEMORATIVE: A PAIR OF STAFFORDSHIRE FIGURES,... 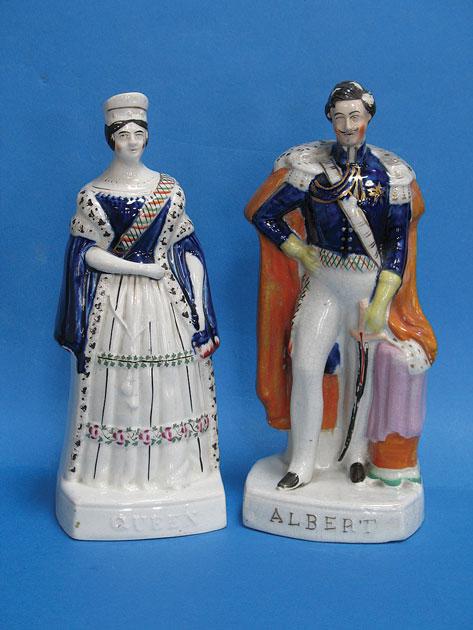 COMMEMORATIVE: A PAIR OF STAFFORDSHIRE FIGURES, Queen Victoria and Prince Albert, modelled standing, painted in polychrome overglaze enamelled colours... [this item is NOT for sale]