Price guides for COLLECTION OF MILITARY PINS, BUTTON AND MORE:...

Appraise and find values for
COLLECTION OF MILITARY PINS, BUTTON AND MORE:... 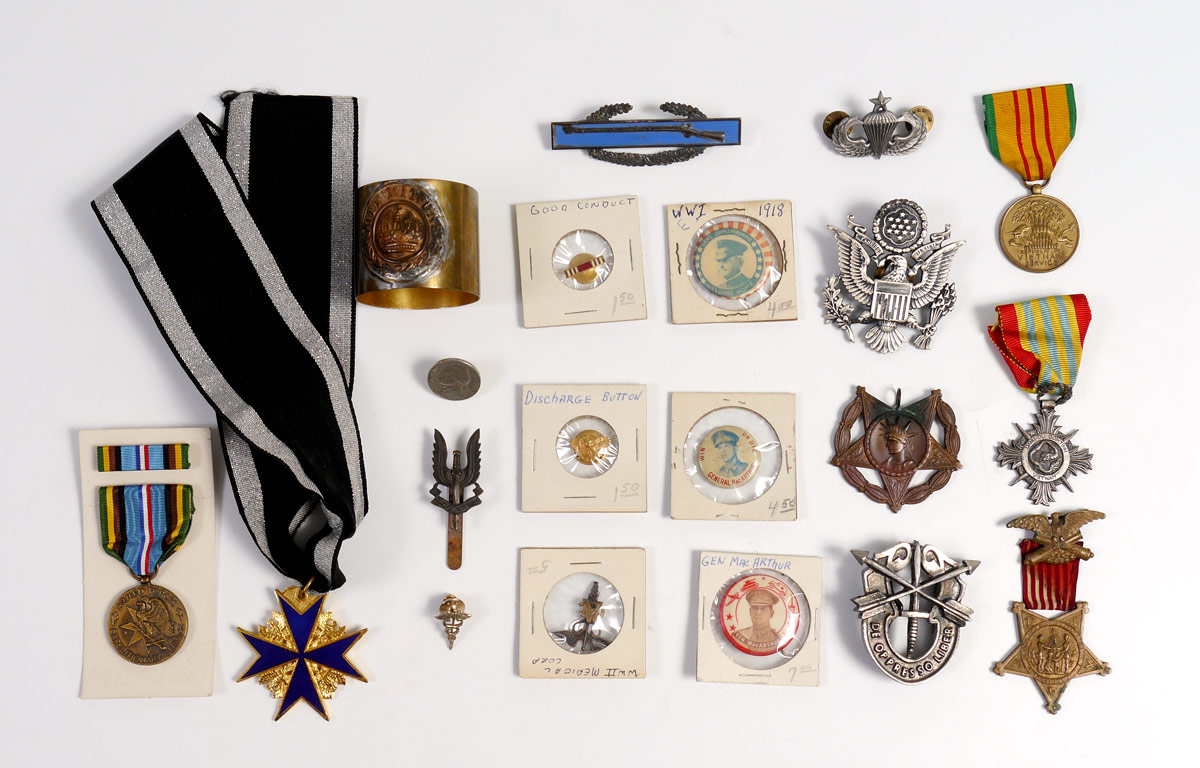 COLLECTION OF MILITARY PINS, BUTTON AND MORE: 19 total pieces to include 1) Prussian Pour le Merite (Blue Max) medal. 2) Civil War GAR medal and ribbon... [this item is NOT for sale]