Price guides for COLLECTION OF MEXICAN WOODEN FIGURES AND...

Appraise and find values for
COLLECTION OF MEXICAN WOODEN FIGURES AND... 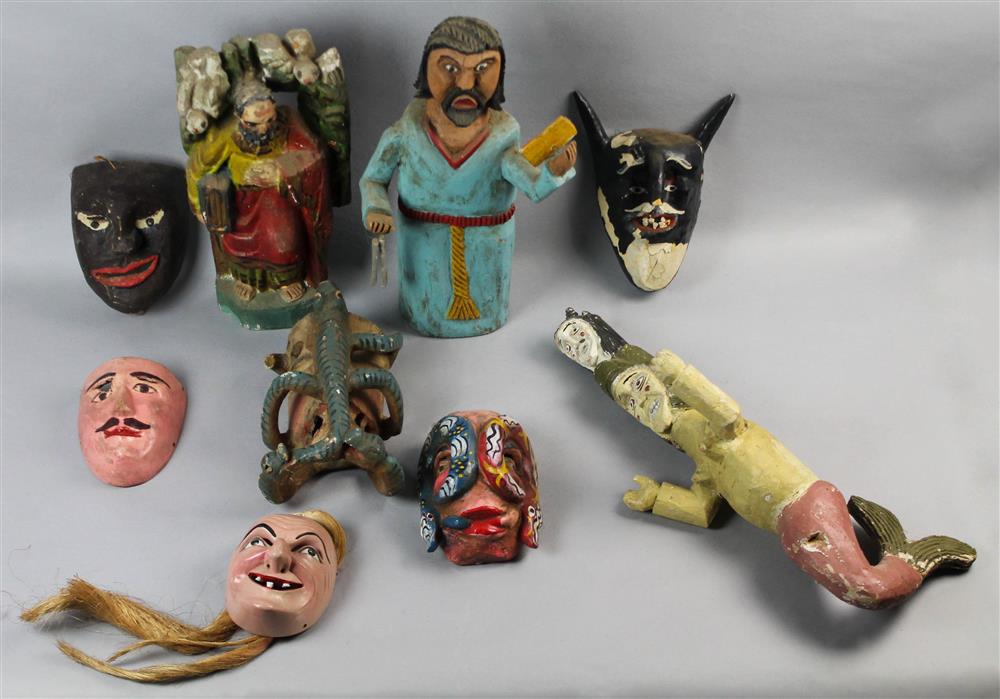 COLLECTION OF MEXICAN WOODEN FIGURES AND MASKS including a painted wood figure of St. Peter holding the Bible and the keys to the kingdom of heaven, marked...