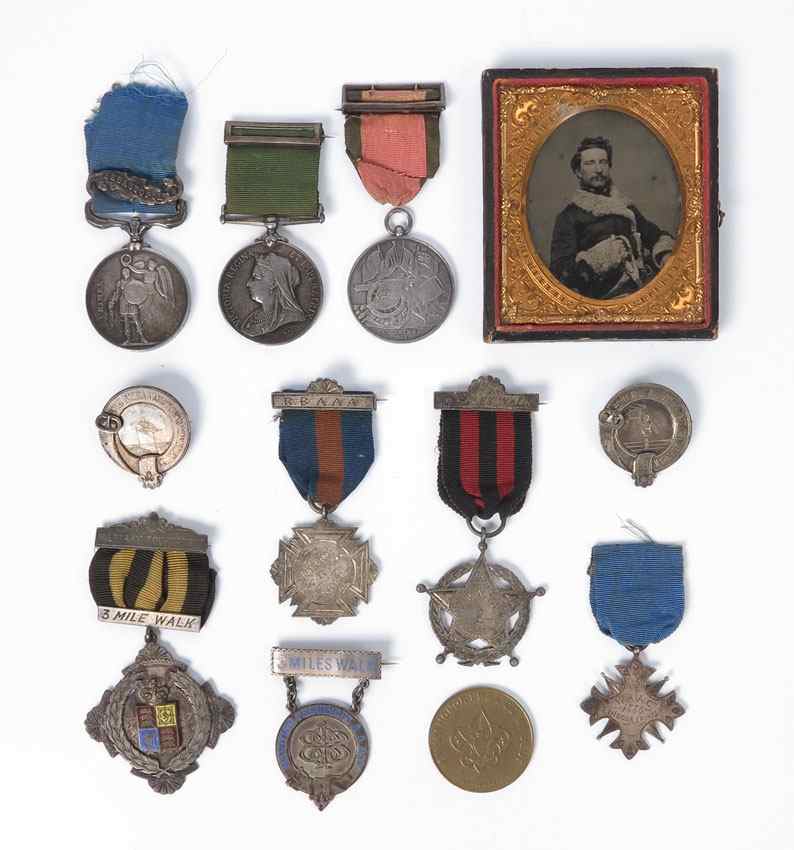 COLLECTION OF CRIMEAN WAR MEDALS & SPORTING MEDALS: To include 1) 2 Crimean War medals to include 1854 service medal with Sebastopol clasp presented to...