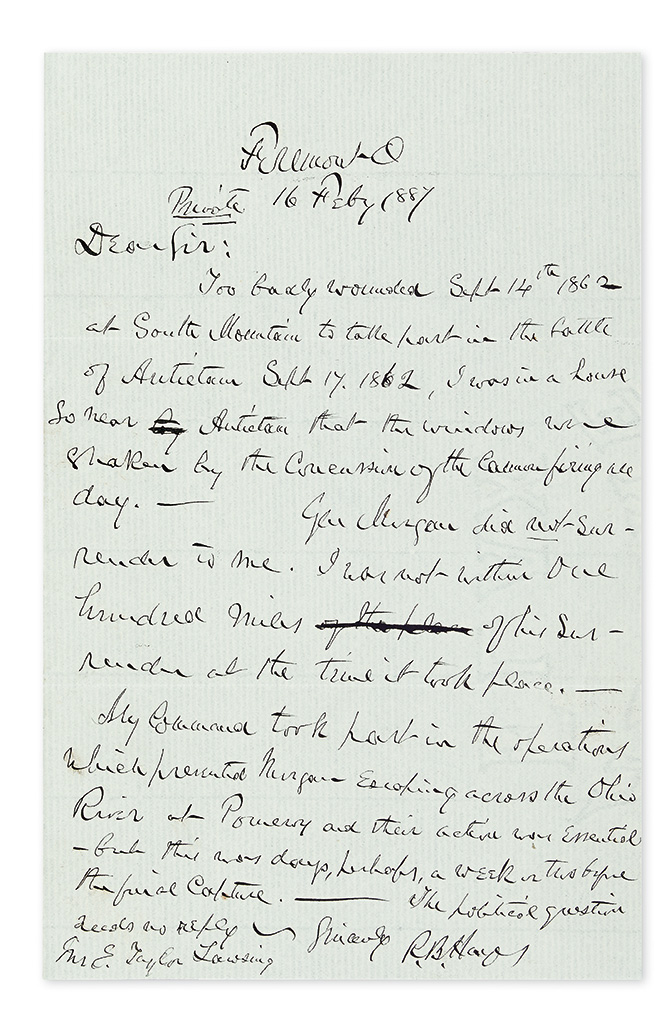 CLARIFYING HIS CIVIL WAR DEEDS: "GEN MORGAN DID NOT SURRENDER TO ME" HAYES, RUTHERFORD B. Autograph Letter Signed, "R.B. Hayes," to E. Taylor Lawsing,... [this item is NOT for sale]