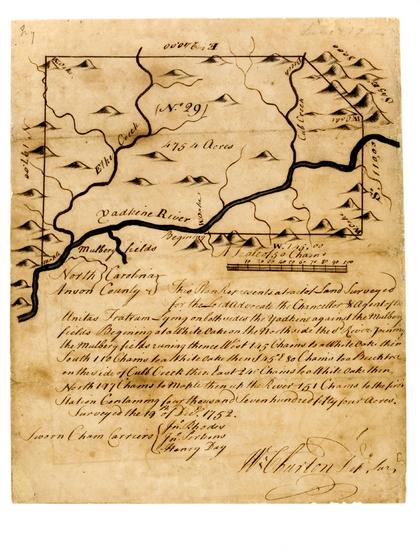 CHURTON, William (d. 1767).Group of 7 manuscript surveys of western North Carolina undertaken for the Moravian Church during Bishop Spangenberg’s Expedition,... [this item is NOT for sale]