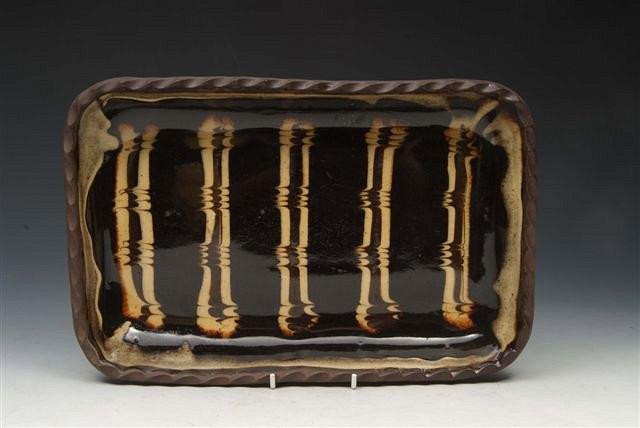 CHRIS HARRIES FOR WINCHCOMBE POTTERYA rectangular moulded dish, with dragged slip decoration, circa 1952, 12" x 8"... [this item is NOT for sale]