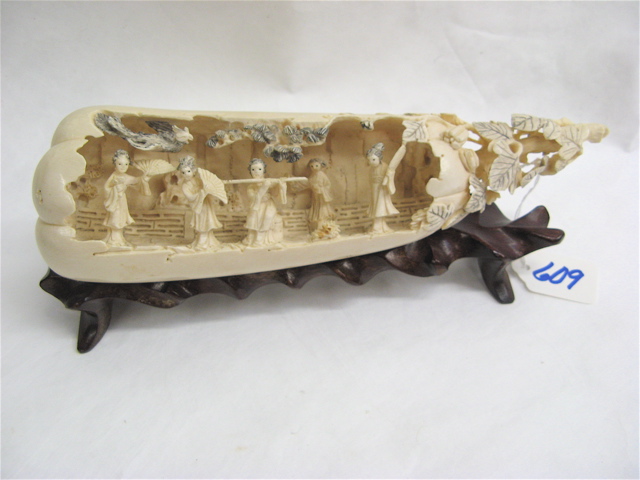 CHINESE ELEPHANT IVORY CARVING depicting a hollowed out gourd, the interior forming a stage for a woman seated playing an elongated flute, three women... [this item is NOT for sale]