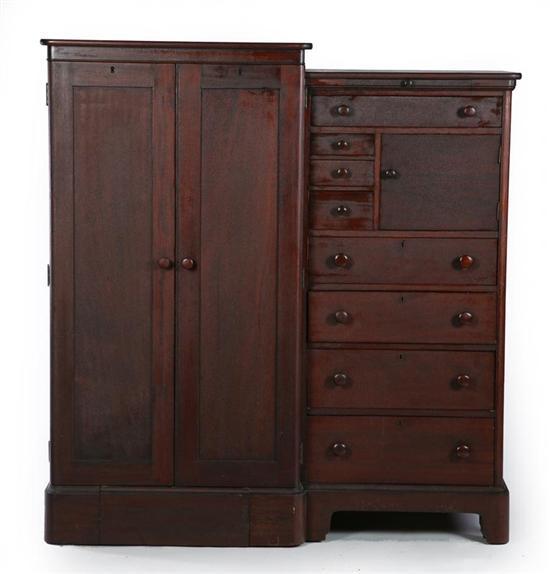 CHIFFEROBE. American, early 20th century, mahogany. Two-door wardrobe next to a stack of eight drawers and a small door, and topped by a sliding mirror.... [this item is NOT for sale]