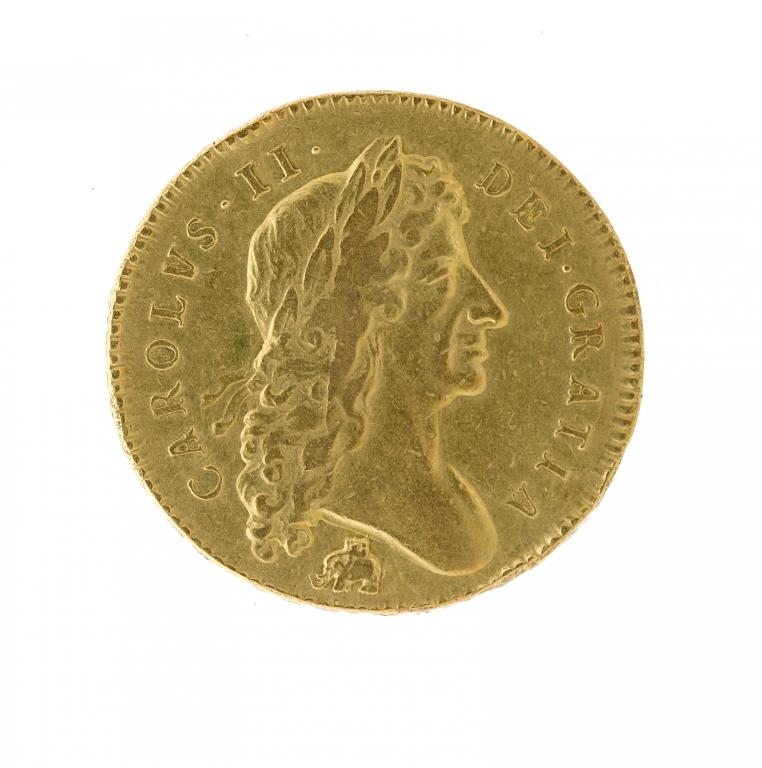 CHARLES II FIVE GUINEAS 1684, elephant below, one or two heavy edge knocks, F+... [this item is NOT for sale]