Price guides for CHARGE OF THE LIGHT BRIGADE. A FINE VICTORIAN...

Appraise and find values for
CHARGE OF THE LIGHT BRIGADE. A FINE VICTORIAN... 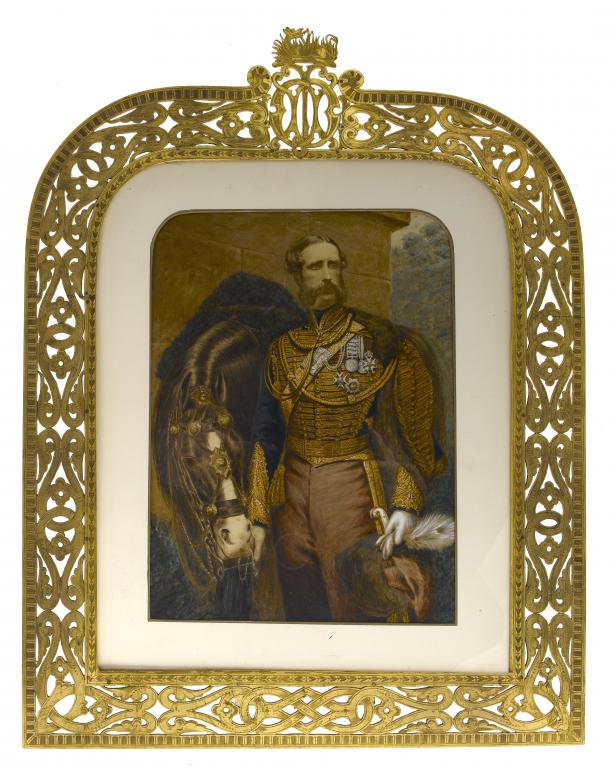 CHARGE OF THE LIGHT BRIGADE. A FINE VICTORIAN PHOTOGRAPH OF LT-COL JOHN DOUGLAS three quarter length in full dress beside his horse, wearing the star and...