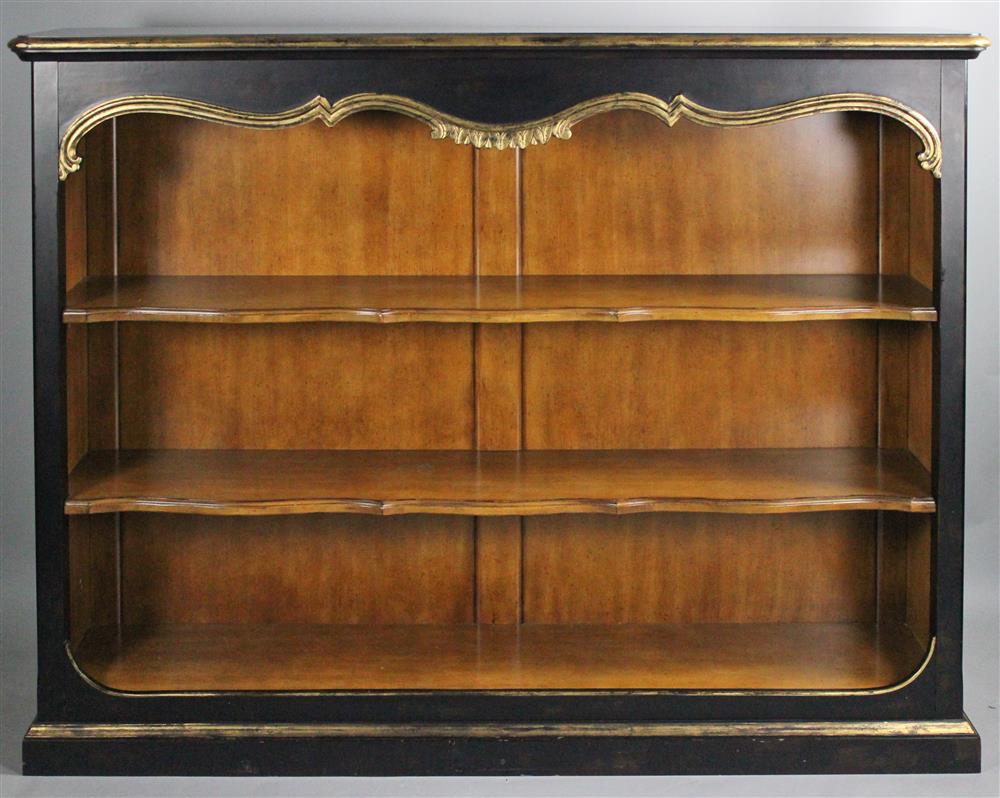 CENTURY FURNITURE CARVED AND EBONIZED BOOKCASE WITH GILT DECORATIONS having a rectangular top with molded edges over a shaped opening with carved and gilded...