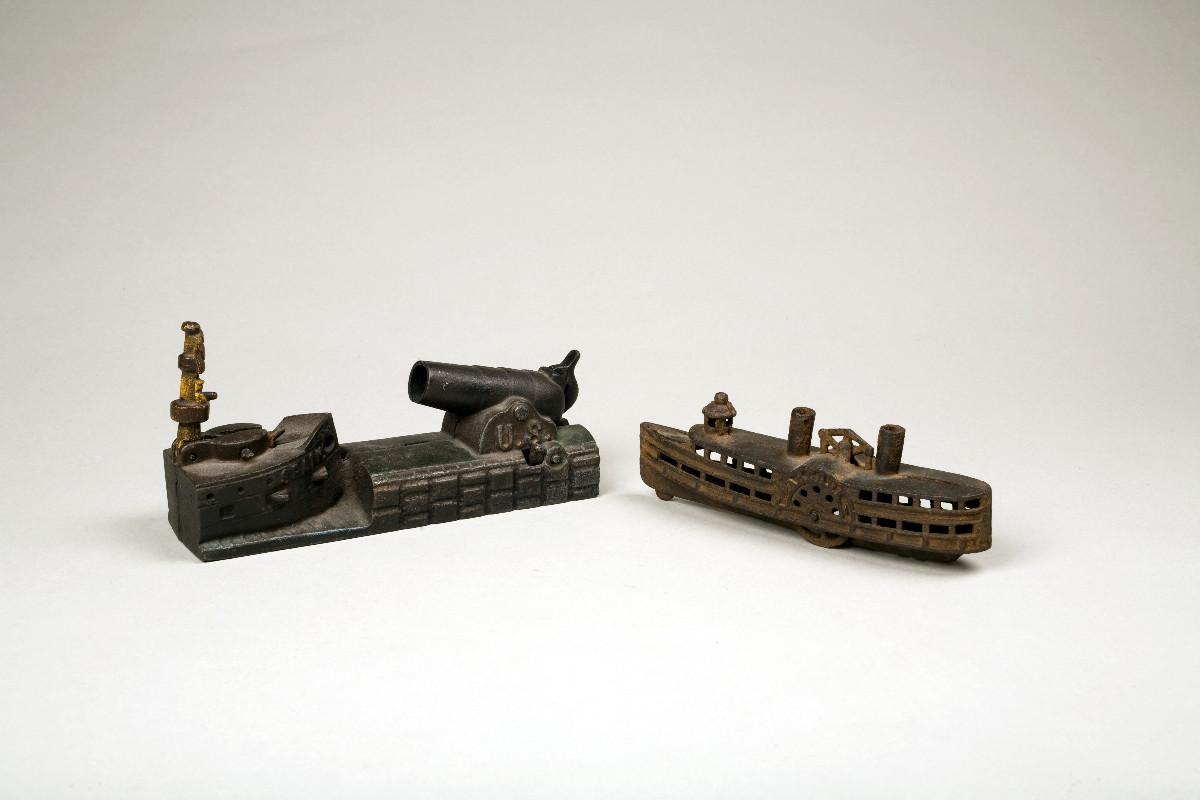 CAST IRON "ARCADE" TOY SIDEWHEELER. The boat with pilot house and rolling wheels. Length 7 ½ inches.... [this item is NOT for sale]