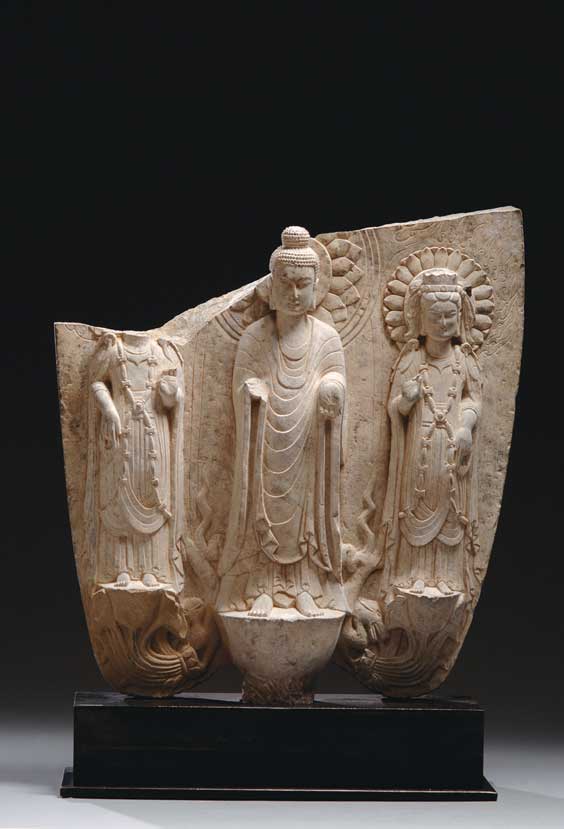 CARVED STONE BUDDHIST PLAQUE Finely detailed and carved, Chinese Northern Wei-style stone Buddhist partial plaque; with Buddha at center flanked by a Bodhisattva... [this item is NOT for sale]