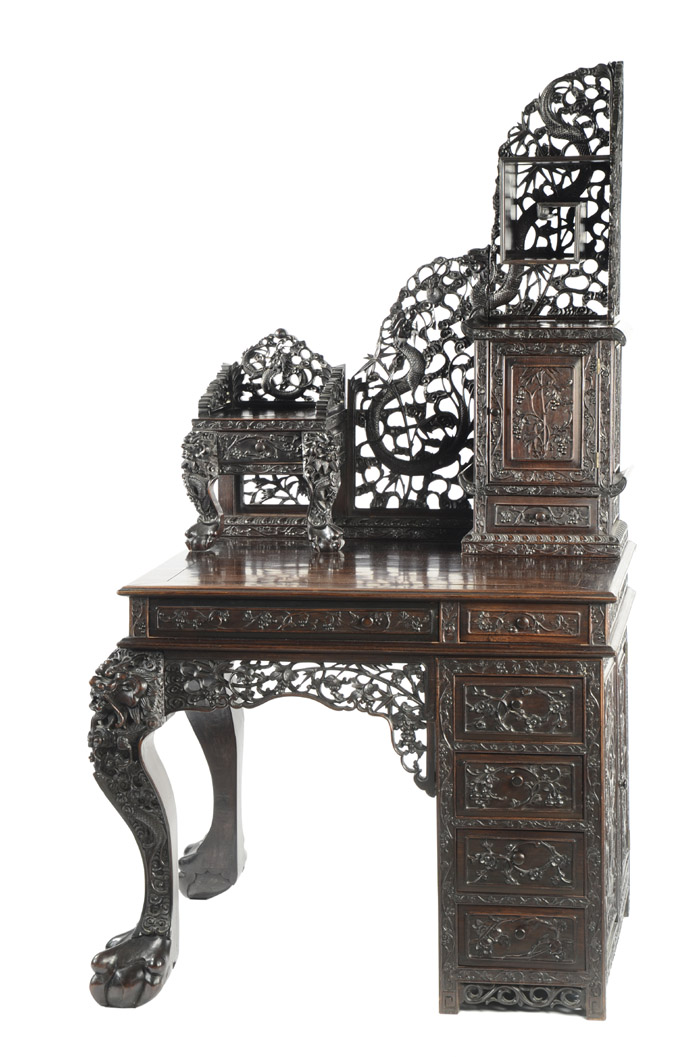 CARVED ROSEWOOD WRITING DESK, Chinese export, late 19th/early 20th century, having a rectangular top on single pedestal with drawers opposite a pair... [this item is NOT for sale]