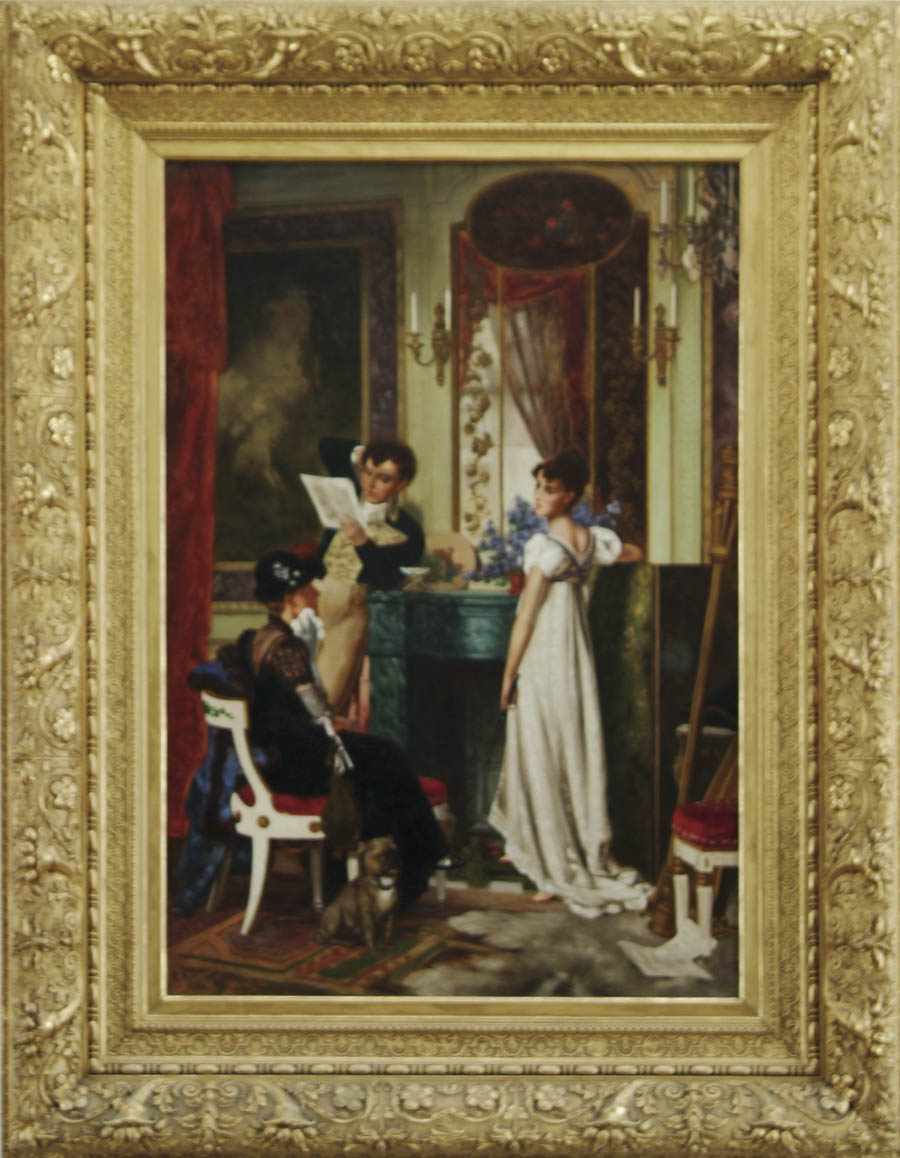 C.H. KREINER (19th Century) THE LETTER. Oil on canvas colorful scene shows a French style interior room with young man and woman leaning on fireplace front... [this item is NOT for sale]