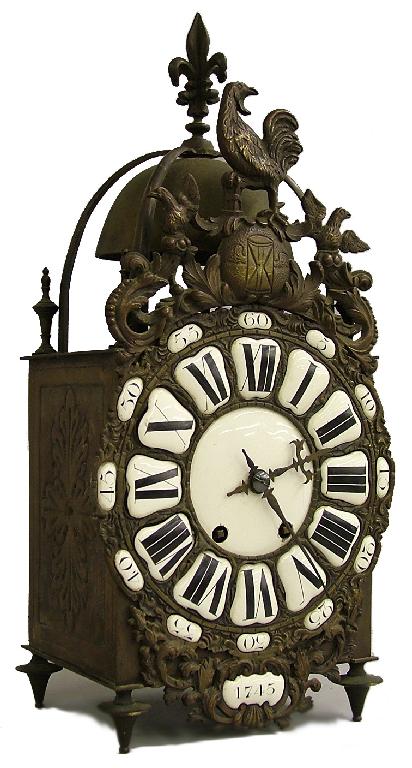 Brass two train lantern clock, the movement with outside countwheel inscribed no. 2337, the 8.5" dial with Roman enamel cartouche numeral hours and Arabic...