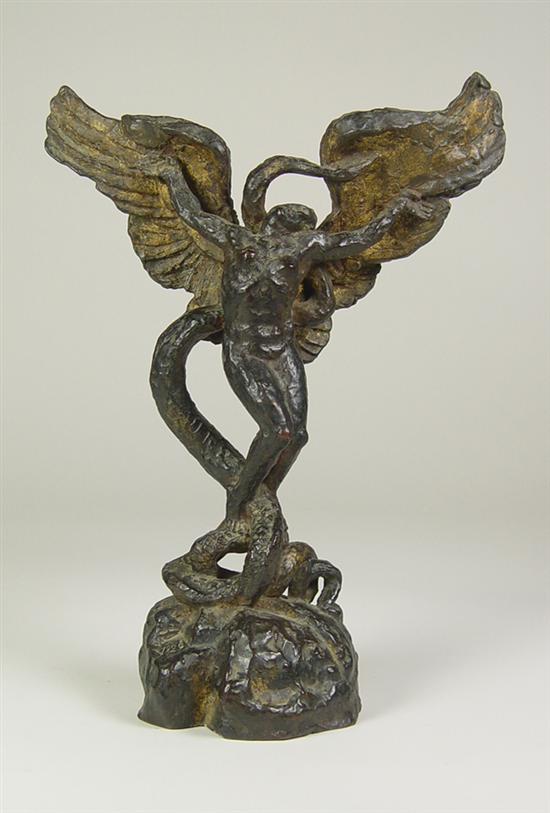 Bourdelle, Antoine (1861-1929) Bronze figure of nude female winged angel and serpent. Signed "Bourdelle" with triangular cartouche and stylized star... [this item is NOT for sale]