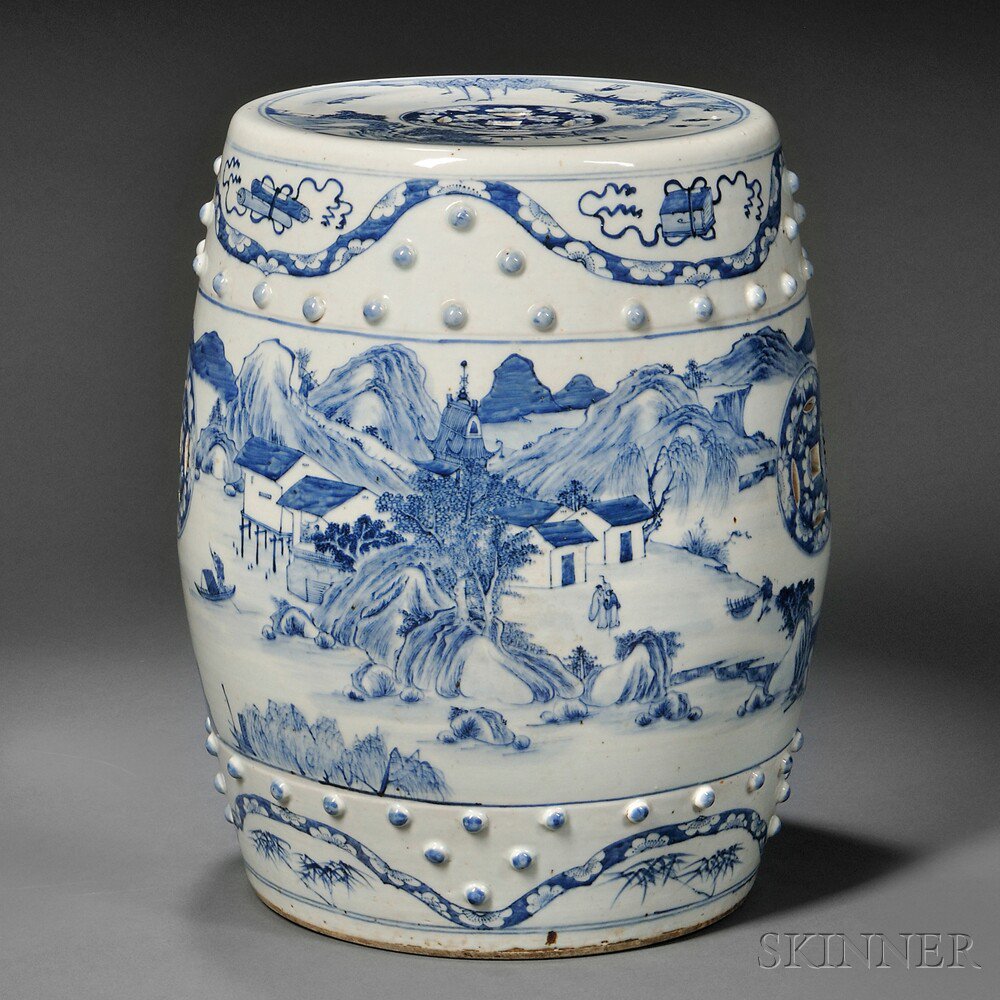 Blue and White Porcelain Garden Seat, China, 19th/20th century, painted with a continuous landscape and two double-coin openwork between two bands of carved... [this item is NOT for sale]