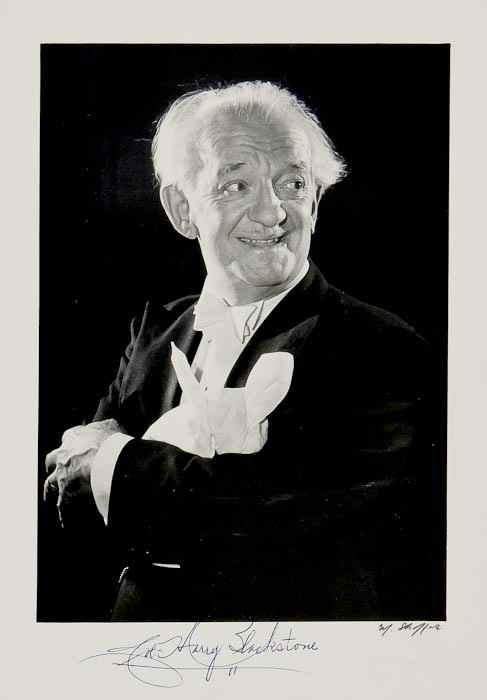 Blackstone (Harry) Senior. Three photographs comprising a studio portrait by M. Shoffer? half length with white napkin "rabbit" in his arms signed by the...