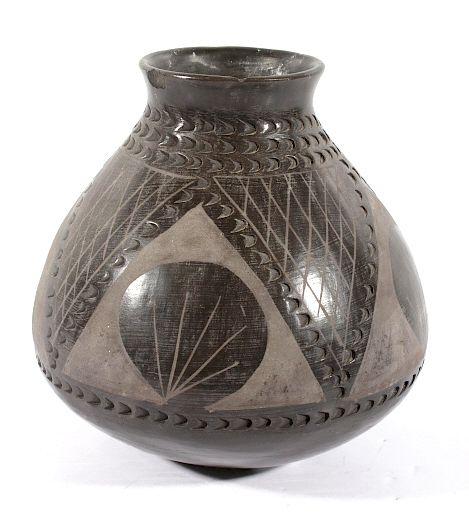 Black and Grey Polychrome Pottery Jar: Included in this lot we have a original Santa Clara black polychrome pottery jar. The jar shows geometric patterns... [this item is NOT for sale]