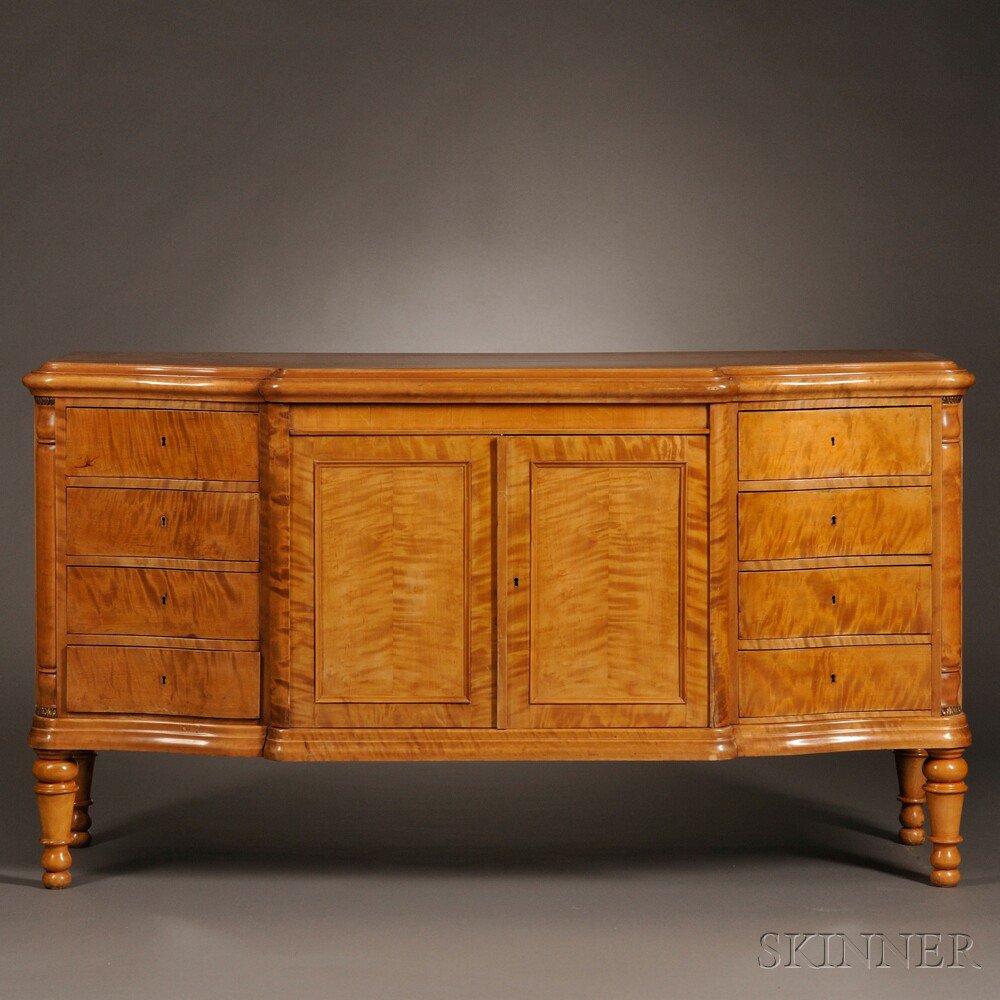 Biedermeier-style Maple-veneered Breakfront Cabinet, 20th century, with a central compartment enclosed by two doors and flanked by a row of four drawers,...