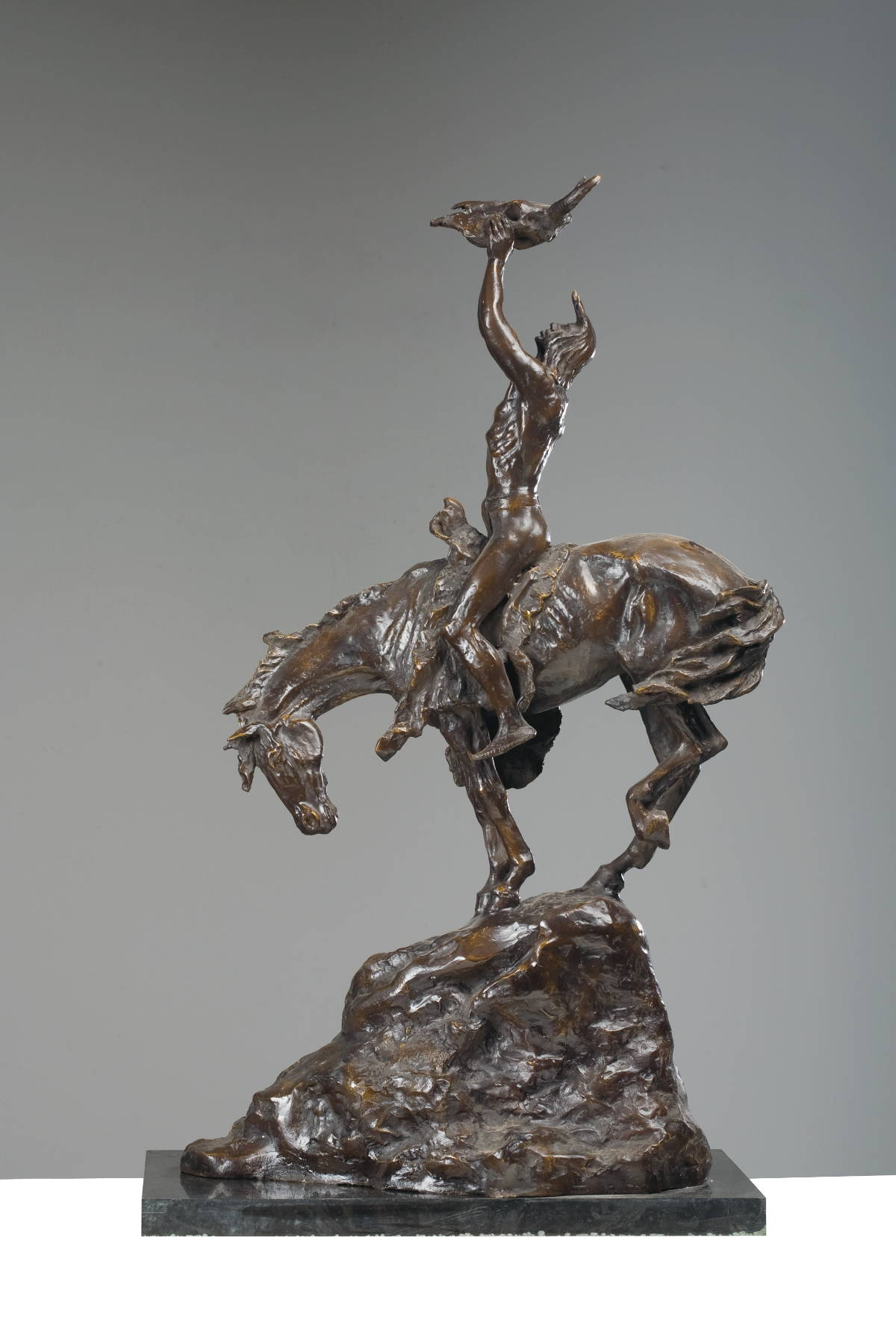 BURK McCHAIN (AMERICAN, TWENTIETH CENTURY). BRONZE FIGURE OF AN INDIAN ON HORSEBACK HOLDING A STEER"S SKULL ALOFT. On a black marble base. Marked... [this item is NOT for sale]