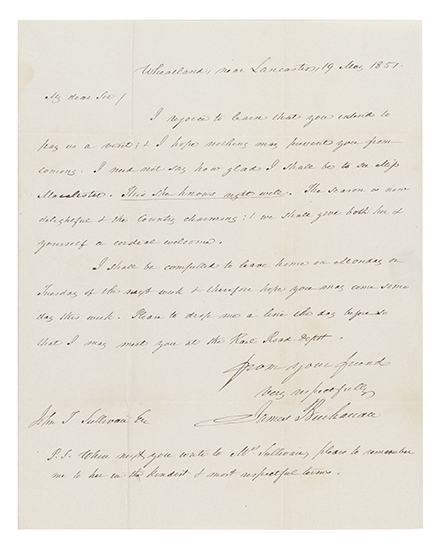 BUCHANAN, JAMES. Autograph Letter Signed, to John T. Sullivan, expressing joy at his visit and stating that he "need not say how glad I shall be to see...