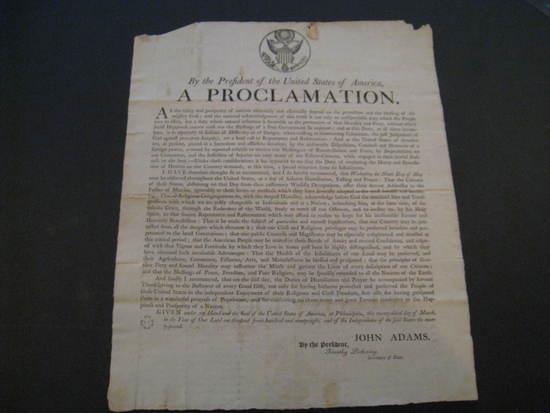 BROADSIDE - ADAMS, John (1735 - 1826).Broadside signed in print by Adams as President, "By the President of the United States of America, a Proclamation"...