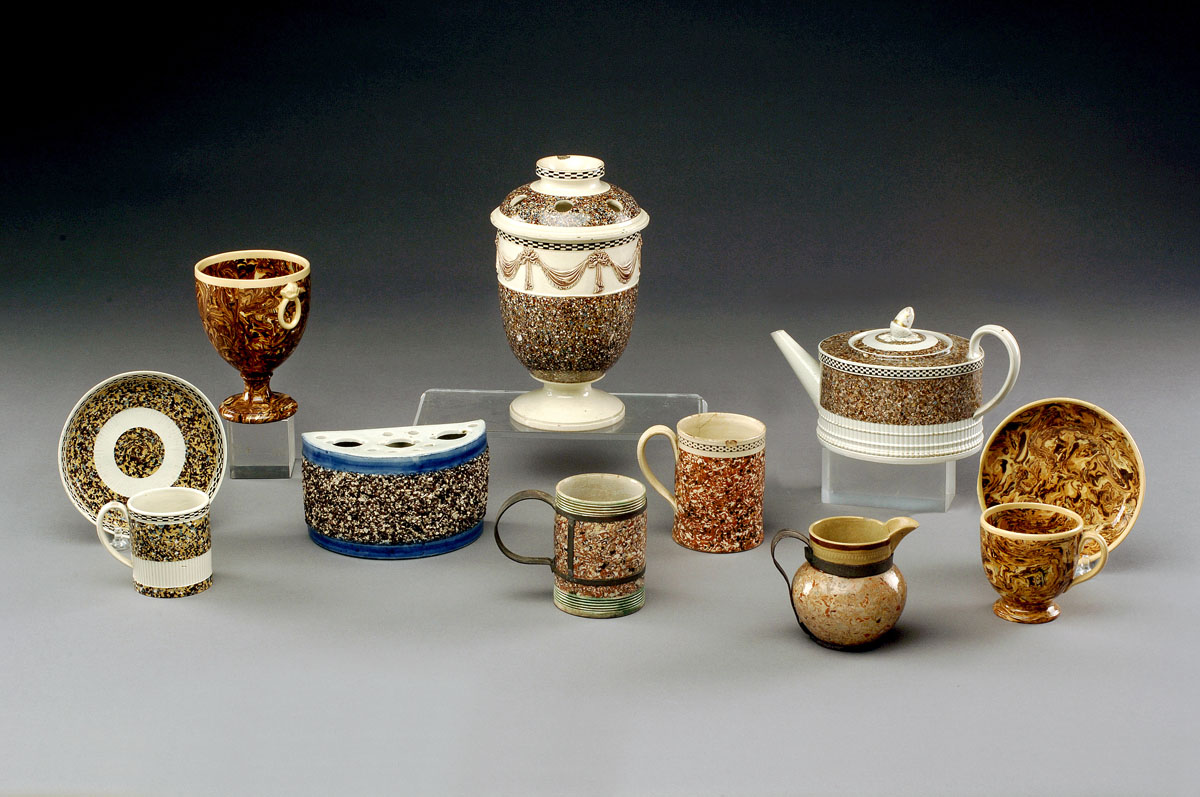 BRITISH PEARLWARE MOCHAWARE SURFACE AGATE TEAPOT AND COVER, CIRCA 1785. Of oval form, the cover and body inlaid with bits of clay in black, blue, rust,...