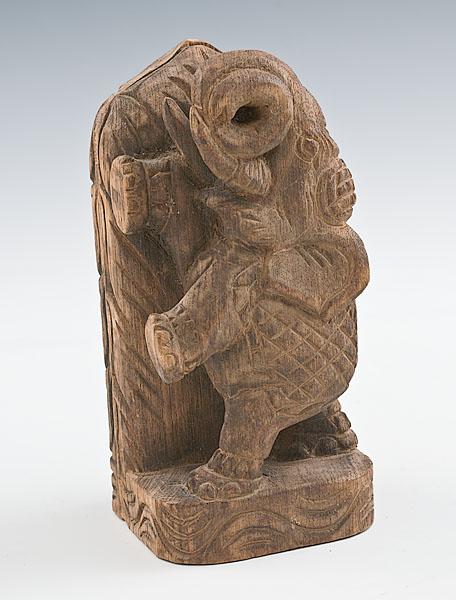 BOXED FIGURAL ELEPHANT FORM INDIAN OPIUM WEIGHTS & SCALES, hinged 2-piece wood case is carved in the form of a dancing elephant, opens to reveal fitted... [this item is NOT for sale]