Price guides for BOLIVAR, SIMON Two letters to the Political...

Appraise and find values for
BOLIVAR, SIMON Two letters to the Political... 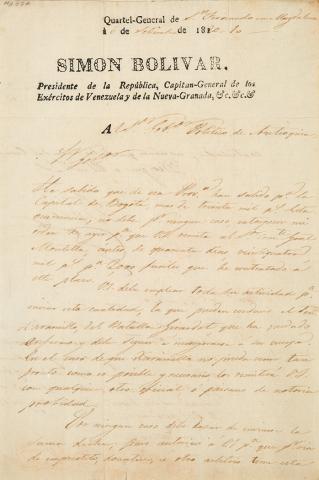