Appraise and find values for
BIRCH, William.The City of Philadelphia,... 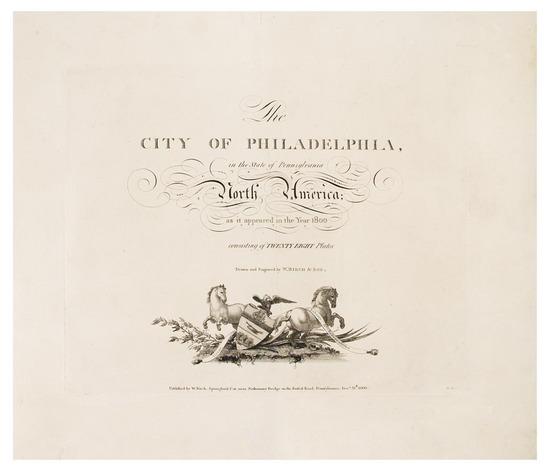 BIRCH, William.The City of Philadelphia, in the State of Pennsylvania North America; as it appeared in the Year 1800 consisting of Twenty Eight Plates....