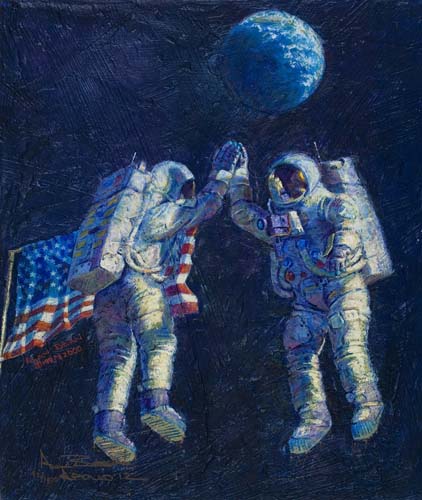 BEAN, ALAN. Lunar High 5. Limited edition color lithograph Signed by Bean, showing two astronauts doing a "High 5" slap with the Earth in the background.... [this item is NOT for sale]