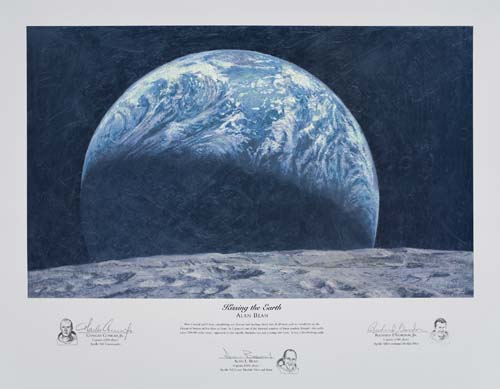 BEAN, ALAN. Kissing the Earth. Limited edition color lithograph Signed Bean, based on his impressions of the Earth rising above the Moon from lunar orbit... [this item is NOT for sale]