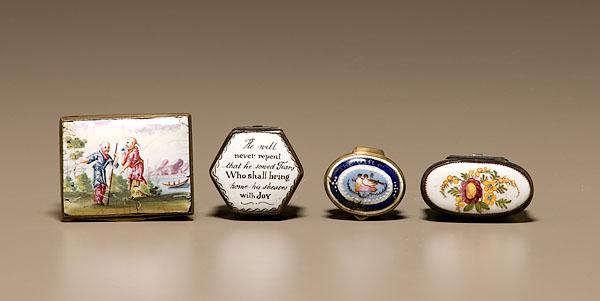 BATTERSEA ENAMEL SNUFF OR PATCH BOXES, English, late 18th-early 19th century. Four Battersea enamel-on-copper snuff or patch boxes, including one with... [this item is NOT for sale]