Price guides for BATCHELDER 8" tile modeled with a village...

Appraise and find values for
BATCHELDER 8" tile modeled with a village... 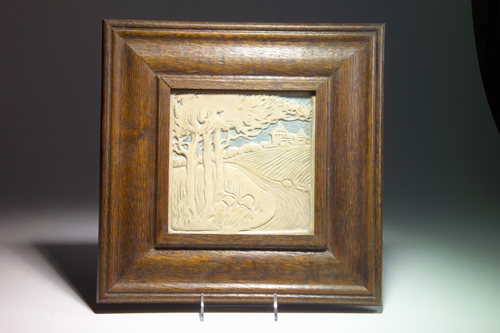 BATCHELDER 8" tile modeled with a village by a bend in a road, covered in blue and beige matte glaze, mounted in a fine Arts & Crafts frame. Stamped Batchelder... [this item is NOT for sale]