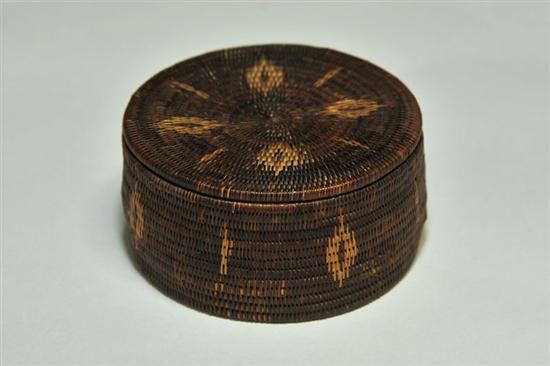 BASKET. Diminutive Northwest Pacific coast American Indian basket. Tightly woven in a symmetrical diamond pattern. Base of weave structure is coiled. 3... [this item is NOT for sale]