Price guides for Autographs of WWII Generals Four 4-Star and...

Appraise and find values for
Autographs of WWII Generals Four 4-Star and... 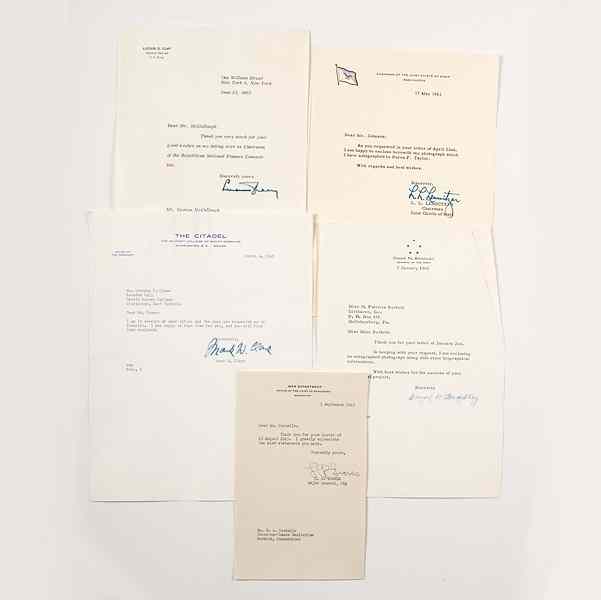 Autographs of WWII Generals Four 4-Star and One 5-Star Generals Lot of 5 including: Lyman L. Lemnitzer Chairman of the Joint Chiefs of Staff Washington... [this item is NOT for sale]