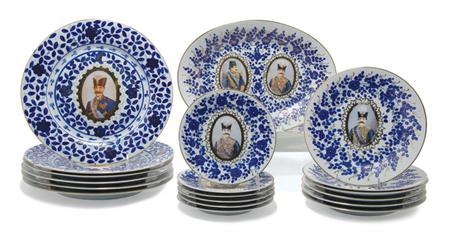 Assembled Set of Continental Porcelain Plates Estimate:-... [this item is NOT for sale]