Price guides for Asian Lot.Includes a pair of Republic vases...

Appraise and find values for
Asian Lot.Includes a pair of Republic vases... 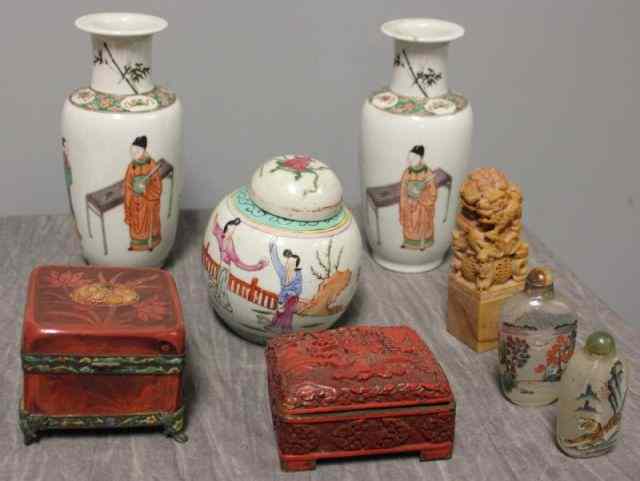 Asian Lot.Includes a pair of Republic vases a ginger jar a soapstone foo dog two snuff bottles a cinnabar and enamel box and an unusual possibly Peking... [this item is NOT for sale]