Appraise and find values for
Asian Lot.Includes a low blue bowl with underglaze... 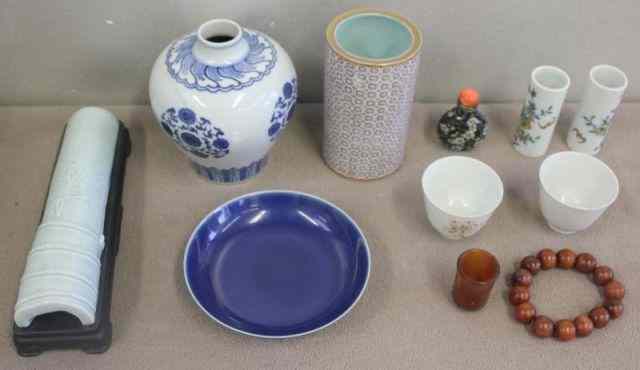 Asian Lot.Includes a low blue bowl with underglaze character marks - 5.75'' diameter; a blue and white vase - 5.25'' diameter with hairlines; a celadon... [this item is NOT for sale]