Price guides for Artist:The President of the United States...

Appraise and find values for
Artist:The President of the United States... 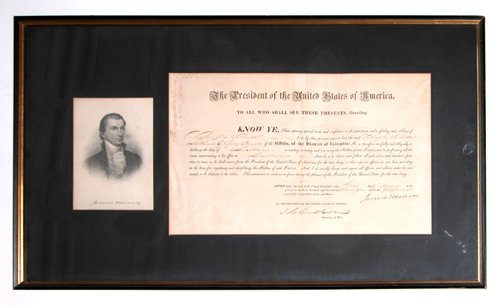 Artist:The President of the United States of American James Monroe Title:appointment of Washington Violett Lieutenant of District of Columbia Militia... [this item is NOT for sale]