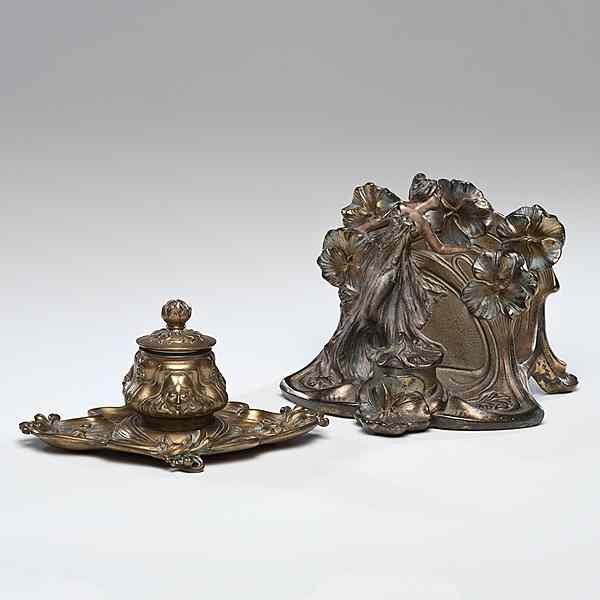 Art Nouveau Inkstands Continental early 20th century. Two Art Nouveau bronze inkstands one depicting a maiden in a flowing gown resting amidst a field... [this item is NOT for sale]