Appraise and find values for
April 6, 1861 SIMON CAMERON Secretary of... 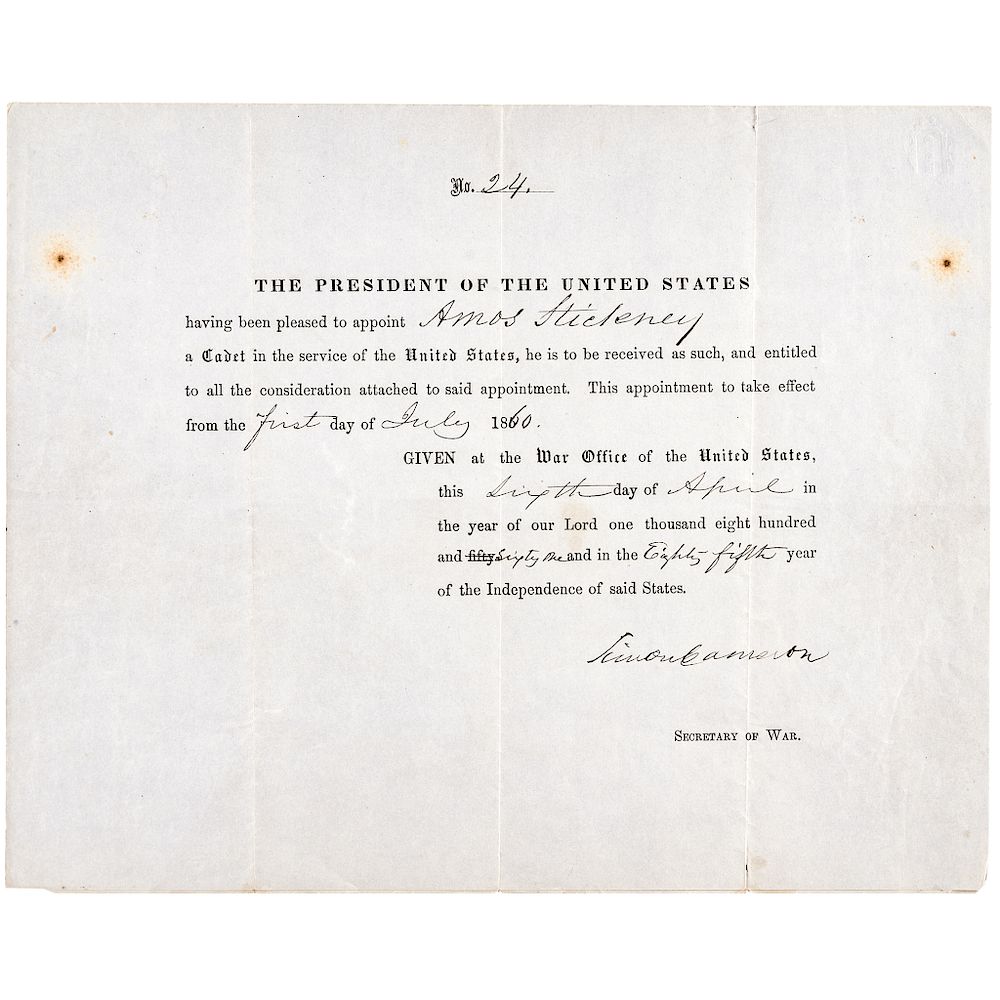