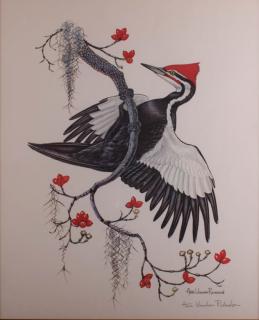 Anne Worsham Richardson Signed Litho Depicting a Woodpecker on a branch; pencil signed to bottom right corner; triple matted and framed under glass; measures... [this item is NOT for sale]