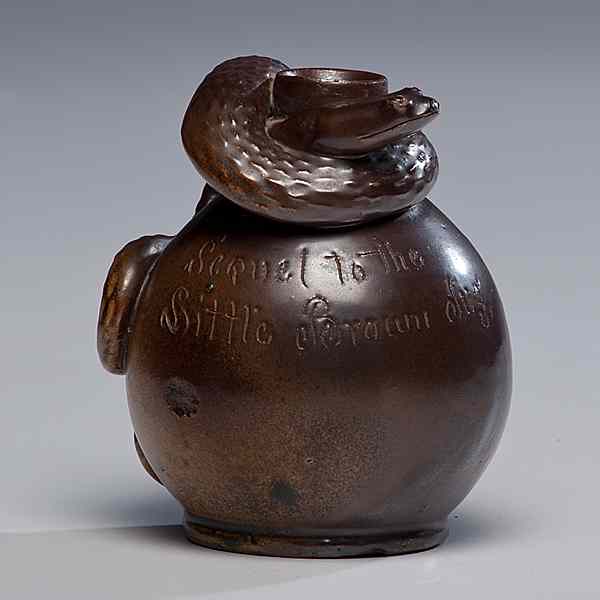 Anna Pottery Snake Jug American ca 1870-1880s an Anna Pottery stoneware jug attributed to Cornwall and Wallace Kirkpatrick Anna Illinois having a coiled... [this item is NOT for sale]