Price guides for An ivory okimono of Shoki and two oni Meiji...

Appraise and find values for
An ivory okimono of Shoki and two oni Meiji... 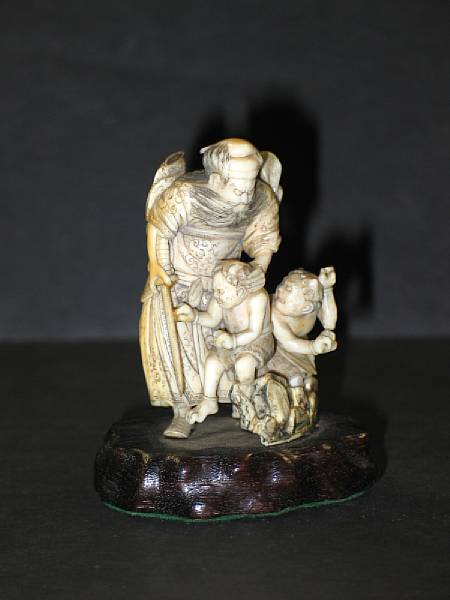 An ivory okimono of Shoki and two oni Meiji Period Humorously depicting the demon queller with sword drawn, menacingly picking up one small demon by... [this item is NOT for sale]