Price guides for An imposing bronze figure of a samurai Meiji...

Appraise and find values for
An imposing bronze figure of a samurai Meiji... 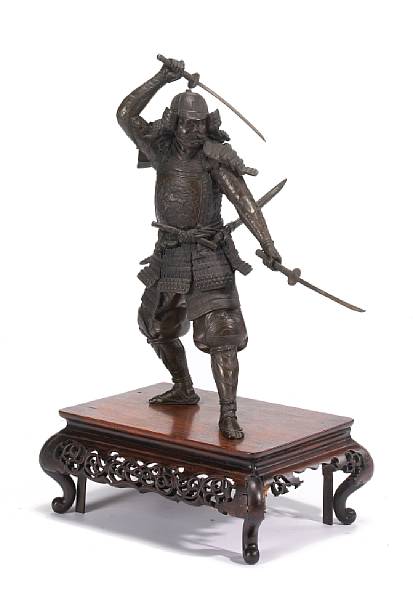 An imposing bronze figure of a samurai Meiji Period Standing in full armor wearing an uchidashi do with swords drawn, his sleeves and leggings embellished...