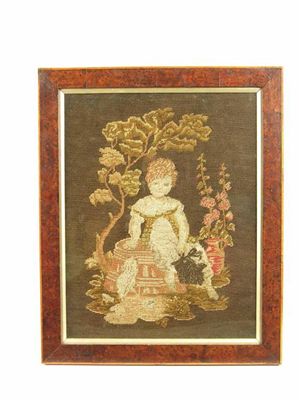 An early Victorian needlework panel, depicting a a seated young girl holding her bonnet, 13 x 10in (33 x 25.5cm) in an associated burr yew and strung frame....